The Rae Munro Award honours the outstanding contribution of the late Dr Raeside Munro to educational research and teaching practice. It is awarded annually for an excellent Masters-level thesis by a member of NZARE in an area which has implications for teacher education or classroom practice. It was first awarded in 1996.  The award consists of a written citation and a cash prize of $750. 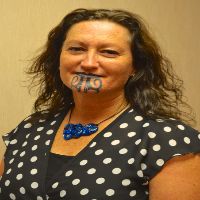 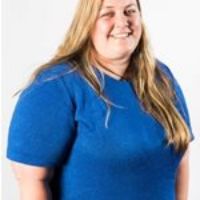 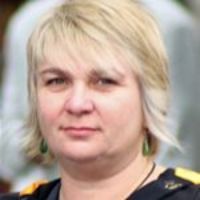 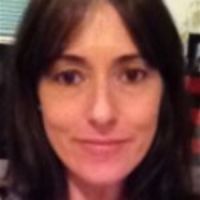 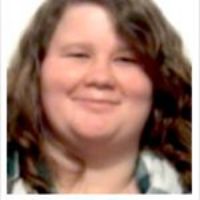 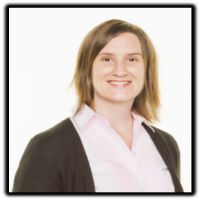 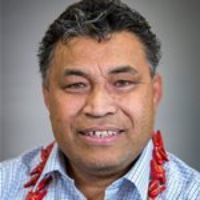 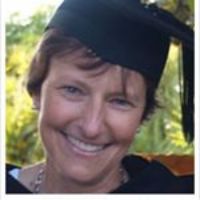 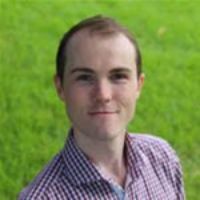 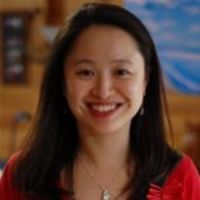 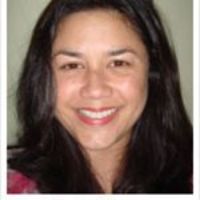 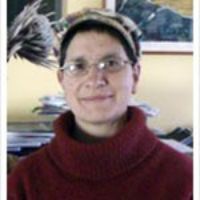 The Rae Munro Award honours the outstanding contribution of the late Dr Raeside Munro to educational research and teaching practice. It is awarded annually to a current NZARE member for an excellent Masters-level thesis (or equivalent, for example, a research portfolio) in an area which has implications for New Zealand teacher education or classroom practice. The award was first conferred in 1996 and consists of a written citation and a cash prize of $750. NZARE Council retains the right to make no award in any one year. The Award will be conferred at the NZARE annual conference and notified in the Association's publication Input (He Pātaka Tuku Kōrero)  and on its website.

Due to the budgetary constraints that have arisen since the Covid19 pandemic and the cancellation of the NZARE 2020 Conference, NZARE Council have made the difficult decision to cancel all awards for 2020. Please note that we will be accepting nominations for those students who would have qualified for all 2020 student award categories to also be eligible for the 2021 round of student awards.

A nomination must illustrate a substantive piece of work i.e. work that is equivalent of a year of full-time study. Work must have been completed and examined between 1 August and 31 July of the calendar year prior to the closing date for nominations which is 1 August. Work completed after this date may be nominated for the following year’s award. Nominations should be forwarded electronically to the NZARE Executive Officer at nzare.eo@gmail.com by 1 August 2021. Nominations must include:

In each year a sub-committee appointed by the NZARE Council will receive and consider the nominations and make a recommendation to the Council regarding the conferment of the award. Council retains the right to make no award in any one year.

The key criteria for judging the award are the nominated theses’ contribution to and implications for New Zealand teacher education or classroom/EC centre practice. In making its decision, the sub-committee will also consider the theses' originality, thoroughness and presentation.

Raeside Munro had been a secondary science teacher for 16 years, and then a teacher educator. He had retired from the Auckland College of Education in 1991, but was still teaching courses to students in the BEd and in science and maths education as a fellow at the University of Auckland, and working around New Zealand writing unit standards on teacher education.

His death came as a great shock. We lost a friend, colleague, mentor, academic and educator; and science education, teacher education, teacher unionism and teachers in general lost a fearless critic of sham who was a real contributor to our ideas and ideals. Rae knew teaching to be a complex set of behaviours in a complicated social context, over which the teacher has only limited control but through which teachers seek to do the impossible.

Rae will be remembered by a wide range of people for a vast number of contributions to education’s development over the years. Whatever the latest theory, Rae knew and had ideas about it. He was fascinated by science – what he called “moving closer to the threshold of scientific knowledge”. He loved jokes and ideas, and he believed in the nature of rational debate and the social rationality of humanity. Colleagues remember conversations about the nature of chaos theory and current developments in teacher education.

His teaching methods were really Socratic conversations, helping and challenging students to explore the thresholds of their own knowledge through genuine enquiry. This process he later called the learning-centred theory of teaching, as opposed to the accumulation of folklore practice. Any theory of teaching requires that there be a recognition of the difficulties and complexity of pedagogy. Each encounter with students is a tentative exploration and a conscious analytical process of experimental research. Rae’s refusal to provide the easy answers, and his tendency to reply to a question with a different suggestion, produced alternatively inspiration or frustration. Rae’s contributions to education can be traced through various curriculum and teacher education developments over nearly forty years. The common theme throughout has been innovation in education and a proper means for its evaluation.

Rae is remembered in science education circles for his promotion of the Nuffield project in New Zealand junior science and the promotion of enquiry science during the 1960s. He was chair of the PPTA Curriculum Review Group, which produced the widely acclaimed ‘Education in Change’ in 1969. This report sought to foster an education in which 'the highest value is placed on:

These remain worthwhile aims for education.

In 1974 the group produced ‘Teachers in Change’. This report began to address the vexed and continuing question of how can we educate really effective teachers? Associated with this was Rae’s concern to find ways to effectively monitor teachers’ work in classrooms in order to help them professionally develop real learning. He was excited by the possibility of teacher change through applying action research approaches to teachers’ professional development.
During the 1970s Rae was a member of the Learning and Teaching Working Party of the ‘Education Development Conferences’. The reports of these conferences supported a model of community consultation about education. It was a matter of generating and creating genuine democratic debate over education. Rae’s own particular concern at that stage was for teachers to have a deep and genuine understanding of processes of evaluation and assessment.
In 1974 Rae spent a year as New Zealand Fellow at the London Institute of Education and when he returned to Auckland he undertook research in the classroom on curriculum and assessment for two and a half years, funded by the Research and Statistics Division of the Department of Education.

Rae’s research interests were varied but were always grounded in school and classroom practice. For example in 1977 he began a project on team monitoring of pupil opinions, and in 1978 was involved in a project that evaluated the Penrose High School whänau unit.

Rae completed his PhD. in 1989, providing a critical and in-depth evaluation of a model of school-based secondary training. This was at time when the Education Department did not endorse teachers college lecturers undertaking research, and there was no support in terms of time allowances or funding to do this. He suggested that his research showed that school-based models tend to strengthen the status quo in schools through enculturating teachers in their commitment to a powerful folklore about schooling. The myths about secondary teaching are a matter of techniques for control and transmission rather than a complex and thoughtful process for the intellectual development of children. It is this concentration on techniques, which starts to give us some indications as to why teaching processes are so hard to change. This underpins the importance of creating curriculum change through teacher challenge in professional development.

Rae’s contributions to education and to teacher development continued throughout the changes of the Picot era. Many will remember the report on the personnel implications of ‘Tomorrow’s Schools’, The Munro Report, of 1989. This report, using a wide research base, critically analysed the funding and performance pay suggestions in the ‘Tomorrow’s Schools’ documents for their capacity to improve learning and teaching. The research he drew on showed that performance pay models are based on superficial criteria, increase competition between teachers, and undermine the development of genuine team work for improved student learning. Their primary purpose is to reduce the total salary costs and reward compliance, and not to improve student learning. The report argued that many of the changes that were part of the reforms were harmful to education. It was dismissed by the State Services Commission at the time, because the author was an educationalist and therefore could not be objective. However the report was influential and often cited in discussion of the reforms.

Rae was also a member of the Assessment for Better Learning (ABLE) Committee which produced its report in 1990, reminding us all that the primary purpose of assessment is for better learning rather than a managerialist concern for teacher control. Teachers need to increase their skills in teaching in order to get better learning rather than just measure students more often using superficial and limited techniques. It is not the measurement which creates the growth in learning but teachers who see their own purpose as the promotion of learning rather than the exercise of power. And what is it that helps those teachers become like this? According to Rae “it is schools in which teachers themselves are excited by new ideas, where there are like-minded teachers that can offer support and share their experiences and practices, …and a principal and senior staff at least tolerant of innovative experiment, and where teachers accept that significant shifts in students’ performances and dispositions will never be instant.”

During his time as Director of the School of Secondary Teacher Education at the Auckland College of Education Rae was instrumental in setting up the multi-cultural advisory committee and the research committee at the Auckland College of Education, and in significantly developing the College’s research capacity, especially in areas related to the school curriculum.

Rae’s commitment to teacher development and education continued post-retirement. When he died he was one part of what were irreverently called ‘the Qualset twins’, with Colin Gibbs, trying to create useful and meaningful measures for the development of unit standards on teacher education for NZQA. The complexity of that work and the sheer enormity of the task continue. This was in a way a statement of Rae’s intellectual life always seeking a means to solve the improbable, setting goals and trying to push back the barriers of scientific understanding to reveal knowledge. He was asked to take on this work by leaders in teacher education, who saw him as a principled educationalist who would advocate for what was already effective in teacher education. The work was a successful attempt by those involved to ensure that teacher education did not get submerged in the kinds of unit standards that the profession believed to be harmful. Rae and Colin were the subject of considerable hostility for their work, from colleagues who did not realise until later that had this work not been done, professional decision-making by teacher educators would have been subsumed in specified unit standards. The report of this work was published in 1993 - ‘QUALSET: Qualification Standards for Education in Teaching’.

Rae had remained a regular contributor to the ‘PPTA Journal’ throughout his career. David Grant, in his book on the history of secondary education in New Zealand from the union perspective, says that “one cannot overstate Munro’s role in the development of secondary education” (p. 127). In his obituary, Phillip Capper wrote that respected school principals praised Rae as an excellent teacher educator.

It is not widely known, but Rae was also an accomplished poet. During his years at Otago University he almost always had a ‘poem in progress’ in his back pocket, and he and the late James K Baxter could often be heard in the quadrangle, reading their work aloud and “jousting” as to who had produced the best poem that week.

Grant, David (2003). Those who can teach: A history of secondary education in New Zealand from the union perspective. Wellington: Steele Roberts.