The Ranginui Walker Award for research in Education written in te reo Māori is given to a current NZARE member who has completed a high-quality doctoral thesis in te reo. The award comprises a written citation in te reo Māori, a taonga and a cash prize of $1000. The award is being offered for the first time in 2017.

The inaugural Ranginui Walker Doctoral Award for a thesis written in te reo Māori is dedicated to the memory of the late Ranginui Walker (DCNZM), whose significant contributions and incisive analysis offered for many years a Māori perspective that was often missing from the everyday social, cultural and political commentary of Aotearoa/New Zealand.

Distinguished Professor Paul Spoonley (2016) wrote of Ranginui, “Walker can claim a degree of success in dislodging at least some of the values and attitudes of a colonial New Zealand. He has helped revise what we understand to have happened through a process of European colonialism. He has explained the nature of ongoing injustice. And he has argued for a very different future.” His career spanned many years and roles, from membership in the Māori activist group Ngā Tamatoa, and Chairing the Auckland District Māori Council, to becoming the Professor and Head of Māori Studies at the University of Auckland and a member of the Waitangi Tribunal.  His recent passing provokes us all into another call for contemplation and commentary, to revisit his achievements and the legacy he has left us not only in Aotearoa, but beyond these shores.

Purpose of the Award

The award is intended to support students engaged in high-quality research in te reo Māori by having their work recognised and honoured at the national/international level.

In making the award the NZARE Council adopts a broad definition of education and research and judges nominee’s work according to the criteria of the discipline/s in which the nominee works.  NZARE Māori Caucus in collaboration with the NZARE Council retains the right to make no award in any one year.

Nominee has completed a high-quality doctoral thesis written in te reo Māori (NB: the selection panel will consider the rigour and quality of research conducted, the thesis’s contribution to and implications for research in education through te reo Māori, as well as the thesis's originality, relevance, thoroughness and presentation);

Nominee is a current member of NZARE.

Please note that only nomination materials are used by the awards committee to inform their decision. The nominations letter should speak directly to the characteristics of the thesis related to the selection criteria. In addition, the NZARE Māori caucus te reo Māori award does not preclude NZARE members from submitting to the regular NZARE awards in the same year. 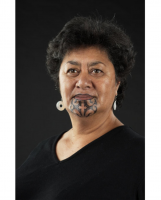 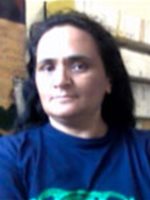